Comments Off on Dietrich Rides Again at Medicine Show thru Sept. 17 – Review by Leonard Lehrman 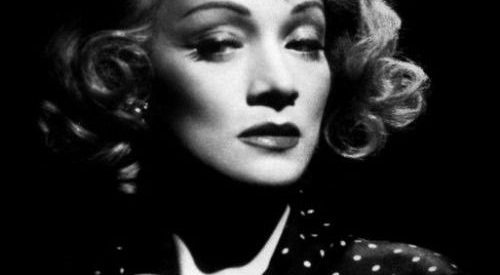 Credit where credit’s due to Medicine Show Theater, presenting politically and musically challenging works for several decades now at 549 W. 52nd Street.  My first exposure to them was their 1994 WPA revue, Ain’t We Got Fun, which inspired a 90th Birthday Tribute to Marc Blitzstein (1905-1964) that ran there for four performances in March 1995, and included the first ever of my completion of Vanzetti’s Last Statement from Blitzstein’s self-styled magnum opus – the 3-act opera Sacco and Vanzetti – which I finished in 2001, and International Opera Theater has announced plans to produce in its orchestral premiere next year. (See http://ljlehrman.artists-in-residence.com/SaccoAndVanzetti.html.)

Playwright Joel Shatzky has also had plays presented there, including one of his collaborations with me, The New Improved Superspy!: The S-e-c-r-e-t Musical,  which had 3 performances in February 2014.  (Please see http://ljlehrman.artists-in-residence.com/Superspy.html.) This coming September 18 & 19 at 7pm, his new play, The Two Marys, about Mary Shelley and her mother Mary Wollstonecraft, will receive its first public reading.  Reservations: 212-262-4216 or email medicineshow@medicineshowtheatre.org.

The company is also considering presenting the first NY production since 1960 of Blitzstein’s anti-fascist, anti-war No for an Answer.  So it was with considerable and hopeful anticipation that I drove in and climbed the three flights of stairs to the theater (as the elevator wasn’t running) for the matinee of the company’s current show, the anti-fascist anti-war Dietrich Rides Again, a two-act one-woman show reminiscent of my own E.G.: A Musical Portrait of Emma Goldman (please see http://ljlehrman.artists-in-residence.com/EG.html), which was also conceived as a 6-person show (as was the original Superspy!) but was then whittled down to two, for reasons of concision and practicality.

Marlene Dietrich (December 21, 1901 – May 6, 1992) is certainly a figure deserving of memorializing and emulation in this 25th anniversary year of her death, “at a time,” writes Director Oliver Conant, “when Americans are becoming increasingly anxious and uncertain about the ugliness, bigotry and moral incoherence” of which we see more and more each day, and “are looking for examples of people who combined talent, glamour, sexiness and high principles.  What better way,” he asks, “to recover these values?”

With this noble purpose, he has co-written and co-designed this show in collaboration with its star, 24-year-old Polish-American Justyna Kostek, though the real star of the evening is the pianist Jojo Mainelli, who accompanies from memory his own arrangements of 11 songs Dietrich sang.

I wish I could report favorably on all of them, but unfortunately I missed the first four due to Saturday afternoon traffic & parking problems. (If you’re driving there, pick a different day or time!)  The reenactment of Dietrich’s audition for Josef von Sternberg with You’re the Cream in My Coffee is on YouTube – videos of both the current performers and a Weimar-era film with the real Dietrich.  The real Dietrich is also viewable on video in a few of the other numbers as well.  The amazing thing about her was that although her smoky voice was hardly pure in its tone, it was amazingly, unerringly, always on pitch, and when she spoke-sang it was for convincing, dramatic effect, and always moving.

One of her most moving performances was that of Pete Seeger’s Where Have All the Flowers Gone?, sung in German – “Sag mir, wo die Blumen sind?” – which was also the language in which Joan Baez sang the song. From verse to verse, the keys go up, then down, and the stark images of war shown are impossible to watch dry-eyed.  When I was conducting Long Island’s German Chorus, the Hanseaten Deerns/Blaue Jungs (seen below), in 2010-12, I had the repertoire committee watch this video (at https://www.youtube.com/watch?v=gxeF_YBt60Y&feature=youtu.be) and urged them to sing this song, which closes the current show, in English (without visuals, alas). They found it too close to home, as a few of their members had fought on the German side in World War II, and shortly thereafter decided they were too old to continue, and disbanded.

In this day and age, when fascism and Nazism are once again raising their ugly heads, courage is needed to remember those who like Dietrich resisted, even at the risk of incurring the wrath of her countrymen.  Just like Emma Goldman (1869-1940), who died across the border in Canada but was buried in Chicago, Dietrich died and was honored in France, but then buried in Berlin.

Kostek needs to grow into the part.  She has the vocal and dramatic range, the looks, and the moves, but her accent and pitch need fine-tuning, as does the sound design (uncredited).   Dietrich Rides Again is best regarded as a work-in-progress.

Watch the video at https://www.youtube.com/watch?v=MHBacdOV42E.

Leonard Lehrman will conduct his Metropolitan Philharmonic Chorus in their 45th performance, Sunday, Nov. 5, 2017 at 2pm at Oceanside School #8 in Music of Herbert Rothgarber, including his By the Waters of Babylon, written for and premiered by them. (See https://youtu.be/QdLMQU1Jpxg.)

Chapter 4: The Importance of Acquiring a Solid Conducting Technique – From Harold Rosenbaum’s Book A Practical Guide to Choral Conducting »
« Honoring the Upcoming Leonard Bernstein Centennial: A Review of His Complete Solo Works for Piano on New Bridge Records CD

Comments Off on Dietrich Rides Again at Medicine Show thru Sept. 17 – Review by Leonard Lehrman