Comments Off on Announcing the New York Preliminary Auditions on December 9-10, 2016 For the 7th International Anita Cerquetti Opera Competition

The application deadline for the New York Preliminary Round is November 21, 2016.

Applicants must show outstanding potential for a career and be between the ages of 18-35. The auditions will be held at Ripley Grier Studios, 520 8th Avenue (between 36th and 37th) in New York City from 10:00 am – 6:00 pm on December 9 with call backs on December 10 when the winner of the NY Preliminary Round will be chosen.

Singers are asked to present 3 opera arias, 2 of which must be in Italian.

There is a nonrefundable $25 application fee.

The winner of the New York Preliminary Round will be awarded €500 and an all-expense paid trip to Italy to compete as a finalist in the Anita Cerquetti Opera Competition, April 21-23, 2017, in Montecosaro, Italy.

See an Italian television report about the 2016 Cerquetti Competition below.

The first place winner will be invited to sing in the Career Bridges 15th Annual Gala concert and dinner on May 9, 2017, at the Essex House in New York before a distinguished audience of music lovers and experts in music. Career Bridges will help arrange contacts to leading agents and conductors before the arrival of the winner. Visit them at http://careerbridges.org/ 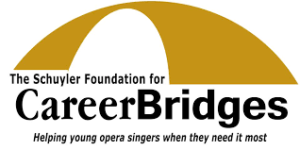 Please list below and send a CD recording of your choice of 3 arias, 2 of which must be in Italian.

Mail the above information to:

Comments Off on Announcing the New York Preliminary Auditions on December 9-10, 2016 For the 7th International Anita Cerquetti Opera Competition