The Golden Apple – A Review by Dana Paul Perna 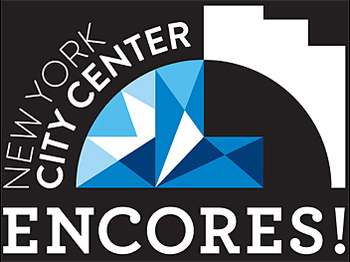 The Golden Apple can proudly claim the distinction of being – or better put, remaining – one of the most important scores to have ever been created for the theater. The fact attesting to this was evidenced by the audience’s reaction upon the conclusion of its performance at City Center in New York City on May 11, 2017 as presented in a fully staged production by Encores. What remains unique about this masterpiece – and a masterpiece it is! – are the fact that the lyrics by John LaTouche run throughout the show without a single trace of spoken dialog. Yes, exactly – like an opera. Originally written in 1953 and first-staged in 1954, this Opera-for-Broadway (as its creators referred to it) posed a challenge for its composer, the inimitable Jerome Moross to write a broadway show in-the-form-of-an-opera, consisting entirely of songs, all in service to the story that was a realization of Homer’s The Odyssey within a completely turn-of-last-century’s American vernacular. (Within this score came the American standard Lazy Afternoon, which is still often performed today by many singers, jazz artists and the like). Given this brief description, one would think that it would be impossible that such a work could have resulted in one brimming with everything a theater-goer could ever wish for, but, deliver it does, especially the magnificent music by Jerome Moross, which marked a high-water mark in his career. 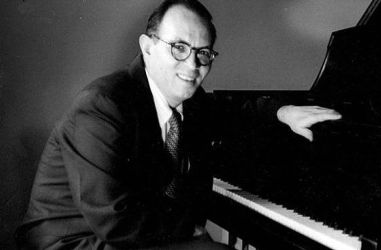 As for this production, it was fully staged and realized, utilizing a 31-piece orchestra that performed the score’s original orchestrations by Jerome Moross and Hershey Kay while seated on-stage, and therefore, seen (as opposed to being tucked away in-the-pit), under the baton of the company’s music director, Rob Berman. (The choral portions for this production were excellently prepared by Ben Whiteley.) In front of them the production unfolded: an unbroken amalgamation of song and dance that covered the course of its two-hour running time. Perhaps the reason for The Golden Apple not receiving as many productions as it could is simply due to the fact that its performance requirements are huge, particularly by Broadway standards. Of these performers, all manner of styles have to be assailed, ranging from ballads, chorus numbers, marches, ensemble/ballet numbers, soft-shoe, vaudeville, ragtime…..which this cast accomplished with genuine zest and zeal.

Typical of any Encores productions, they cast accordingly and appropriately to the show’s requirements. The Golden Apple was no exception. With a cast this large, everyone met the demands and challenges this score posed to them. While it would be hard to single out everyone, certain performers must be cited for their work starting with Ryan Silverman, who, both vocally and dramatically, carried the role of Ulysses most ably. The same can be stated for Lindsay Mendez (the person who gets to sing Lazy Afternoon) who added just enough humor to bring Helen to 3-dimensional life. Making her debut just days before her Juilliard graduation, was Mikaela Bennett as Penelope (aka Ulysses wife) – who is a talent to keep an eye out for in the future! A face many of you may know from his dramatic work on television was Jason Kravits who deftly delivered the role of Hector Charybdis, specifically Act Two’s soft-shoe number Hector’s Song. Complete with hat-and-cane, it was a pleasure to discover that he is a song-and-dance-man par excellence. The cast also consisted of dancers, a 12-member male-chorus that served as The Heroes, Ashley Brown, N’Kenge, Alli Mauzey, and, in the one leading role that is not sung at all, Barton Cowperthwaite superbly danced the role of Paris, who makes his spectacular entrance in Act one by way of a balloon landing on stage. Additionally, director Michael Berresee, and choreographer Joshua Bergasse have to be given high praise for staging a work of this size so quickly with such stellar results.
It is unlikely that New Yorkers will see a professional staging of The Golden Apple anytime soon, which makes one appreciate this vitally superlative effort by Encores even that much more. High praise cannot be fully expressed enough to simply underscore that achievement alone.
Dana Paul Perna

A Glimpse of Glimmerglass by Leonard Lehrman »
« The Winners of the Ibla Grand Prize International Music Competition – Weill Recital Hall at Carnegie Hall, May 9, 2017