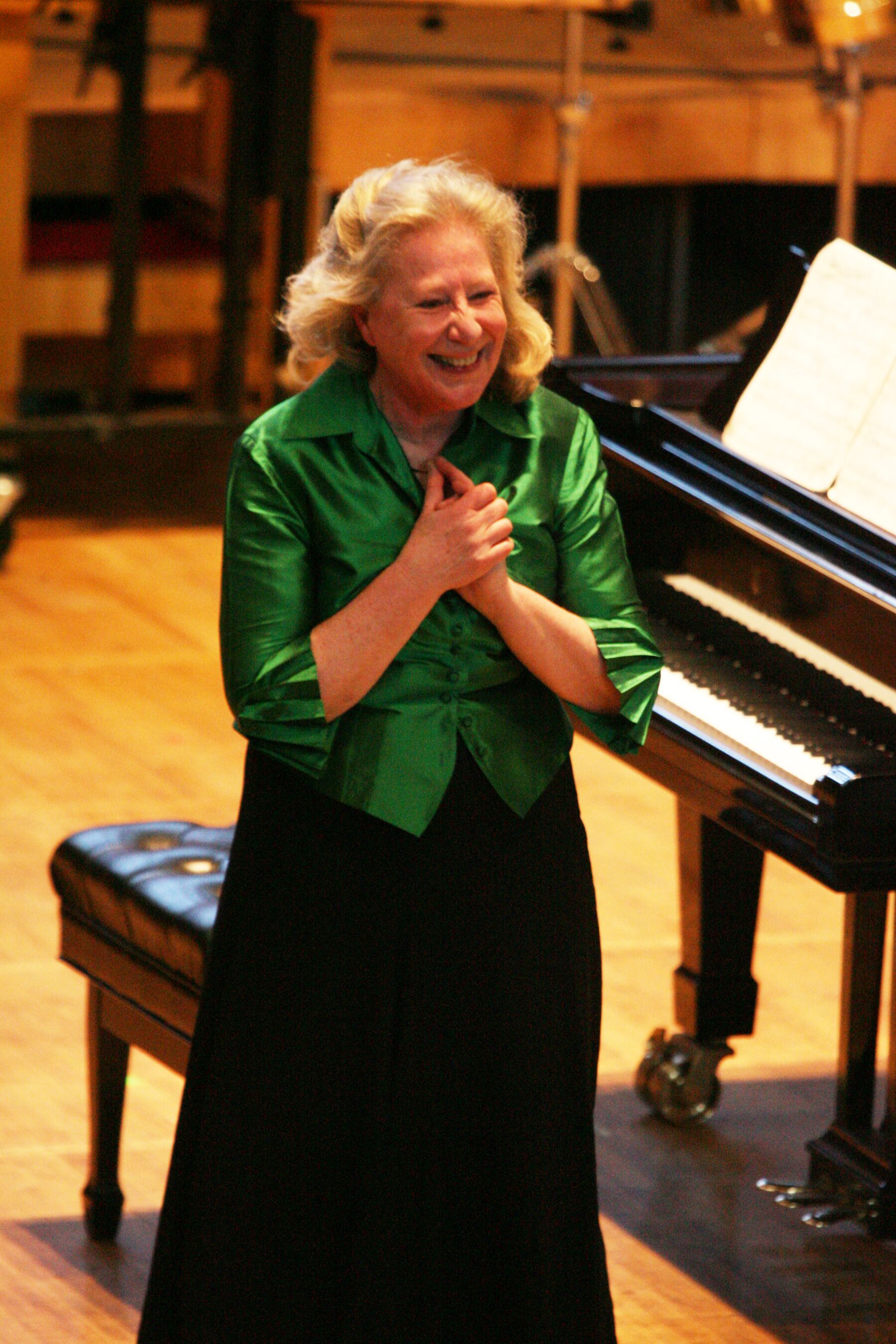 This concert was presented on February 2, 2019 at New York City’s Kaufman Music Center as part of the Only at Merkin Hall with Terrance McKnight series. It began with WNYC radio’s McKnight greeting the large, near-capacity audience and then leading them in a chorus of Happy Birthday, with pianist Ursula Oppens coming onstage to gratefully acknowledge everyone’s good wishes.

She then began the program with the World Premiere of Tobias Picker’s URSULA. This is an industrious, almost precisionist work, efficiently played, with lots of brief but effective flourishes. The composer was on hand to acknowledge the enthusiastic applause from the stage.

He was joined by Ms. Oppens, Mr. McKnight and composer John Corigliano onstage for a conversation about the new solo piano works for the evening, the process of their creation, and their friendships with the evening’s honoree. Picker spoke about how he wrote the piece for her, based on the first few bars of When Soft Voices Die, the first piece he had written for her in 1977. Hear Oppens’ performance of it at https://www.youtube.com/watch?v=EfMgeAIgRSw. Corigliano spoke about how his contribution, Winging It III, as a transcription of one of his piano improvisations from 2008, and the pianist spoke about the Elliott Carter piece as well.

Next, she re-played the Picker, followed by the Corigliano, a darker dance that spends a lot of time at the south end of the keyboard, but brightens from time to time with a jazzified dance on the north side. Expertly and persuasively executed.

Then, Carter’s Two Diversions, from 1999. Diversion I is somber, counterpointing a left-hand stroll and a skittering right, which sped up a bit, and then back to the original pace. In Diversion II, the left hand picks up speed and forces the right to move along as well. Some charming, reflective moments – all played by Oppens with a lovely clarity and a strong sense of propulsion and inevitability.

Her fine performances were greeted with great audience approval and a deserved curtain call. 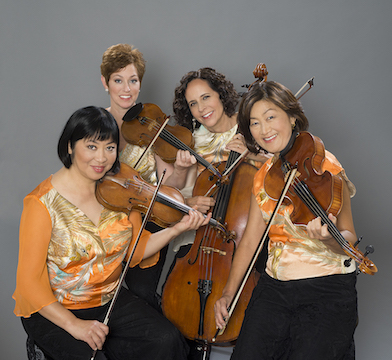 Then, by way of contrast, the uniformly-clad Cassatt String Quartet gave us a Ravel Quartet in F worthy of the Impressionist legacy of their namesake. Beautiful, elegant, lyrical playing, with the right mix of turbulence and delicacy. Lovely solos and duets balanced with a wonderful ensemble sound, and attractive pizzicato (which isn’t always easy to make sound right).

Special mention should be made of the lovely viola sound of Ah Ling Neu, and the beautiful ensemble work in the opening pages of the third movement, Tres Lent.

The second half opened with McKnight talking to Ms. Oppens and composer Laura Kaminsky, along with the Quartet’s Muneko Otani and Elizabeth Anderson, all of whom spoke very entertainingly about adventures in Russia, and performing together. The host then conducted a brief game of “How Well Do You Know Ursula” with Kaminsky and the two Quartet members. Apparently, all of the contestants know her pretty well.

Then, the World Premiere of Ms. Kaminsky’s Piano Quintet. The piece almost seems to inhabit a middle ground between the piano solos and the Ravel Quartet – distinctly different rhythmic and harmonic profiles to be sure, but with echoes of both parts of the first half of the evening. This was smart programming.

I didn’t hear the darkness the composer spoke about in her oral program notes with Mr. McKnight, but rather a nice positivity, or at least, calm. However, I’m sorry to say that balances were off and that the piano’s volume at times almost overwhelmed the quartet, at least from where I sat. I’m even sorrier to say that much of the third movement is not very attractive – far too percussionistic, which, when combined with the off-kilter balance between the performers, made for some rough listening. But, I’m happy to say, this was redeemed by an attractive, reflective, better-balanced ending. The performance was very enthusiastically received, with Ms. Oppens surrounded onstage by red roses, both from the audience, and the house.

The event, beautifully played and mostly well presented, was a great tribute to a great artist and her important place in the musical world.

Read I Care If You Listen’s 5 Questions to Ursula Oppens (pianist) on her 75th Birthday at https://www.icareifyoulisten.com/2019/01/5-questions-ursula-oppens-pianist-75th-birthday/.

Visit the Cassatt Quartet at http://www.cassattquartet.com/