Works of Social Consciousness – a Concert Review by Mark Zuckerman

Political currents have ebbs and flows. Undeniably, commitment to social and economic justice issues is rising in political tides at the moment: witness the widespread appeal of the 2016 presidential campaign of Bernie Sanders and the catapulting to prominence of New York Representative Alexandria Ocasio-Cortez following the 2018 midterms.

Regardless of the general political mood, justice is always in vogue as a theme for artists, particularly writers and composers. This was the foundation of the program, “Works of Social Consciousness, 2019,” presented January 20th at the Community Church of New York by members of The Metropolitan Philharmonic Chorus and 11 soloists, organized, accompanied, and conducted by Leonard Lehrman and attended by approximately two dozen enthusiastic listeners. The same program was presented at three other locations in the New York metropolitan area.

Lehrman also composed the featured work premiered on the program, “A Loveletter from Rosa Luxemburg,” a 40-minute monodrama for soprano and piano highlighted occasionally by flute, violin, vocal soloists, and chorus. The text is a collection of writings, co-translated by Lehrman, by the Polish-born, naturalized German anti-war activist and co-founder of what became the German Communist Party, Rosa Luxemburg, who was assassinated during the post-World War I turmoil that resulted in the formation of the Weimar Republic. 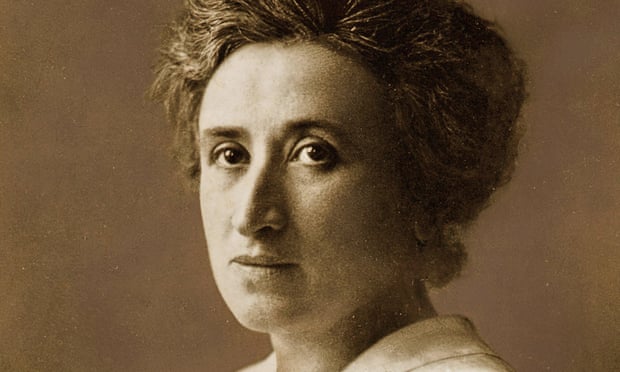 The idea of a work of this length with such a confined scope presents compositional challenges significantly different from, say, a (shorter) song cycle or a dramatic work with multiple characters of more or less equal weight. The first – since a piece of this length could easily turn into an endurance test – is the risk of over-taxing the soloist. This was met successfully, although the composer was aided by a heroic performance by soprano Helene Williams in the role of Rosa. The second – since the focus is on a single character throughout, and the text consists of writings never meant for musical setting – is finding ways to propel the drama through contrasts so that the result does not appear to lapse into sameness. This was met somewhat less successfully; although the piece is divided into 19 sections, the divisions were discernable more by following the text in the program notes than by dramatic elements in the music. Otherwise, following the printed text was unnecessary, since the sung text was clear enough to be understood, a product of skillful composition (and the singers’ impeccable diction).

See the piece’s Feb. 9, 2019 European premiere in Hamburg below.

Another premiere on the program was Marc Blitzstein’s children’s cantata from the mid-1930’s, “Workers’ Kids of the World, Unite!” Lehrman – who is a champion of Blitzstein’s music, as evidenced by numerous recordings and publications – transcribed this for adult chorus. The cantata is reminiscent of Blitzstein’s 1937 musical theater work, “The Cradle Will Rock,” the controversial premiere of which was the subject of a 1999 Tim Robbins movie. Hear Leonard Lehrman and Helene Williams perform Blitzstein’s songs and piano works at https://www.youtube.com/playlist?list=PLmhHI8m9j-XvmP8AO_-5sKq03i3u3W1bp.

A couple of songs had their premieres, too: a recent setting (co-composed by Lehrman and Joel Mandelbaum) of “Why Do They Shut Me Out of Heaven,” an Emily Dickinson poem, and “There Had to Be a Revolution,” written in 1942 by Charlie Stern and Leonard Bernstein (using the bold pseudonym Lenny Beethoven).

Music of Elie Siegmeister was also on the program: 1939’s “Park Bench,” on a text by Langston Hughes, and the Finale from 1967’s “I Have a Dream,” after Martin Luther King.

The program concluded with the music from “The Roundheads and the Pointedheads,” an early 1930’s adaption of Shakespeare’s “Measure for Measure” as an anti-Nazi satire, by Bertolt Brecht and Hanns Eisler, with English translations by Lehrman. This was some of the most effective music on the program; also perhaps the most timely, since the plot involves creating divisions and engendering suspicion and animosity for political gain.

Of course, Brecht and Eisler could not push back the dangerous and, ultimately, catastrophic political tide they were opposing. Nevertheless, despite the dubious practical value of art as a political tool, writers and composers remain undeterred in expressing their sense of social justice, as illustrated by the content of this program.

Composer Mark Zuckerman lives in Roosevelt, New Jersey. He is currently working on a suite of choral settings on texts by President Franklin Delano Roosevelt.