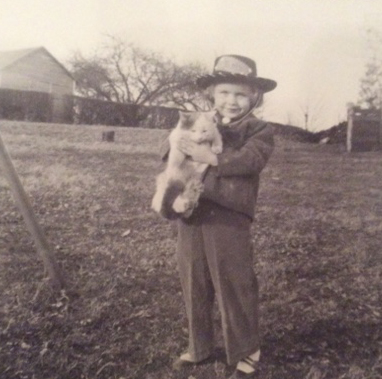 When I was seven my paternal Great Aunt Mary Mitchell took me to her church, the Episcopal Church of the Ascension, because I was tired of coloring pictures of the Holy Family at the Disciples of Christ Sunday School where mother had taken me.  I wanted answers.  And stories.  I met Mrs. Hargrave and her husband Laurence there.  She taught my Sunday school class where there was catechism with answers and tests: “What is God?” “God is love.” Laurence ran the Chevrolet dealership in town and I loved them instantly.  They loved each other and were sincere believers and kind people.  I decided I was an Episcopalian at seven and mother used to drop me off at my church on her way to her church until she gave up and joined me years later.

The thing that cinched the deal was that Miss Gracie Lover was the church organist and she wanted to retire. She had a hearing aid and couldn’t hear the congregation singing the chants that went between the prayers and the hymns.  So there was a job opening that I filled by the time I was nine.  Before that I played piano for Sunday school. Miss Gracie was a great cook and she had played piano for the silent films at big movie houses in Louisville.  She was a good musician and later in life did some things that amazed everyone.  That’s a whole ‘nother story.

After the third grade mother decided that I should change from the Catholic school to the public school which was now happy to have me in fourth grade.  Then I was back with all the kids I knew from kindergarten, church, and birthday parties but I missed all my friends from the past three years.  And there were no more Hail Mary’s and Our Father’s throughout the day, no daily mass, and on top of everything, the public school fourth grade was just starting the multiplication tables at 2×2=4.

I loved my new teacher, Mrs. Morris.  She was a lady who had a husband who loved her.  They held hands as they walked down the street.  To me this was a sign of true bliss/a successful life/all the best in all the world.  No screaming.  No divorce.

Mrs. Morris had me doing extra-credit reports all year.  Unless I had a piano lesson, I walked home from school with Jack Boyd because he was smart and he went my way. He read the encyclopedia for fun and I spent most of my homework time with encyclopedias doing reports on the products of various states.  We had so much in common. 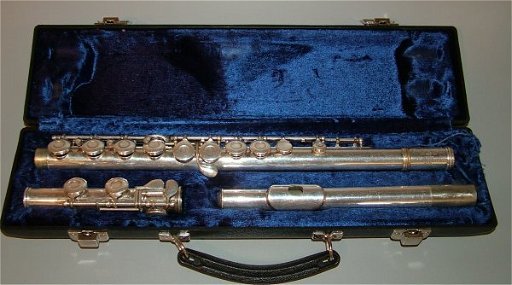 The public school had one thing I liked.  They had band and mother picked my instrument for me.  No one looked at my embouchure and said what was appropriate. Mother just picked the flute because it was feminine and light and neat.  You didn’t have to suck on reeds for clarinets or turn red blowing on trumpets or bang on anything like a boy would.  The band director, Mrs. Mullendorf, arranged for instruments to be shown in the school library one night by the Reynolds Instrument Company and we came home with a $189 Reynolds flute.  I still have this instrument despite the fact that I begged for a Hanes open hole flute from 7th to 10th grade.  Those flutes played themselves compared to my Reynolds.  Mother gave $2. a month for my flute for many, many years.  Who knows what enormous sum it cost with all the interest she must have paid.

At Mt. Sterling Elementary everyone who had an instrument marched in the marching band so at 9 years old I began marching in parades trying to manage those flute lyres that either went around your neck in an L-shape made out of hanger wire and fell down all the time, or were pieces of wood with an attached metal spring held in your armpit crushed by your arm. A lyre, for those of you who don’t know, is a little music stand that holds 4”x6” music.   If you never marched in a band with a flute you can’t imagine the torture of trying to lift your legs until they are perpendicular to the ground while stepping out the same distance as the band members on either side of you and simultaneously playing a well known march which is badly duplicated (and too hard for you) and held in a flute lyre.

This trauma was increased by having to learn or sort of learn and perform or sort of perform a series of “about faces” and turns involved in creating patterns, letters and pictures with our bodies in half-time shows at football games.  And mostly, no one heard a note out of a flute.  They heard brass and percussion and a piccolo, but the clarinets and flutes were filler.

The uniforms were bright purple with gold trim and made most of the girls look like bears and they were made of wool.  When the football season started, the uniforms were incredibly hot and by the time the season was over in December we might be sitting in the open stands in snow, freezing to death.  I don’t know why but I stayed in band from 1958-1971 at Mt. Sterling, at Henry Clay, at the University of Kentucky, and even at U.C. Davis.  Every time I changed schools I just kept on keeping on.  I think that’s a pattern of mine too.  I don’t give up even when I’ve forgotten why I’m doing something and even when it isn’t particularly rewarding.  (I could have been doing it out of guilt since mother was still paying her $2.00 a month on the flute.) UK would not allow women to march so at least that part was over by 1966, but I still played in concert band at UC Davis 1969-71.

When I was fourteen, we moved to Lexington and went out to the Campbell House for drinks with mother’s friends where I met the pianist at the piano-bar, Allan Stanfill.  He was a wonderful pianist and he taught piano, so we arranged for me to study with him.  This only lasted a few months.  He wanted me to play Chopin this and Chopin that.  I wanted to play Prokofiev, Moussorgsky, Grieg’s Wedding Day At Troldhaugen, and Godowsky’s Nocturnal Tangier.  He told me that if I didn’t love Chopin that I was no pianist. And that was the end of him. 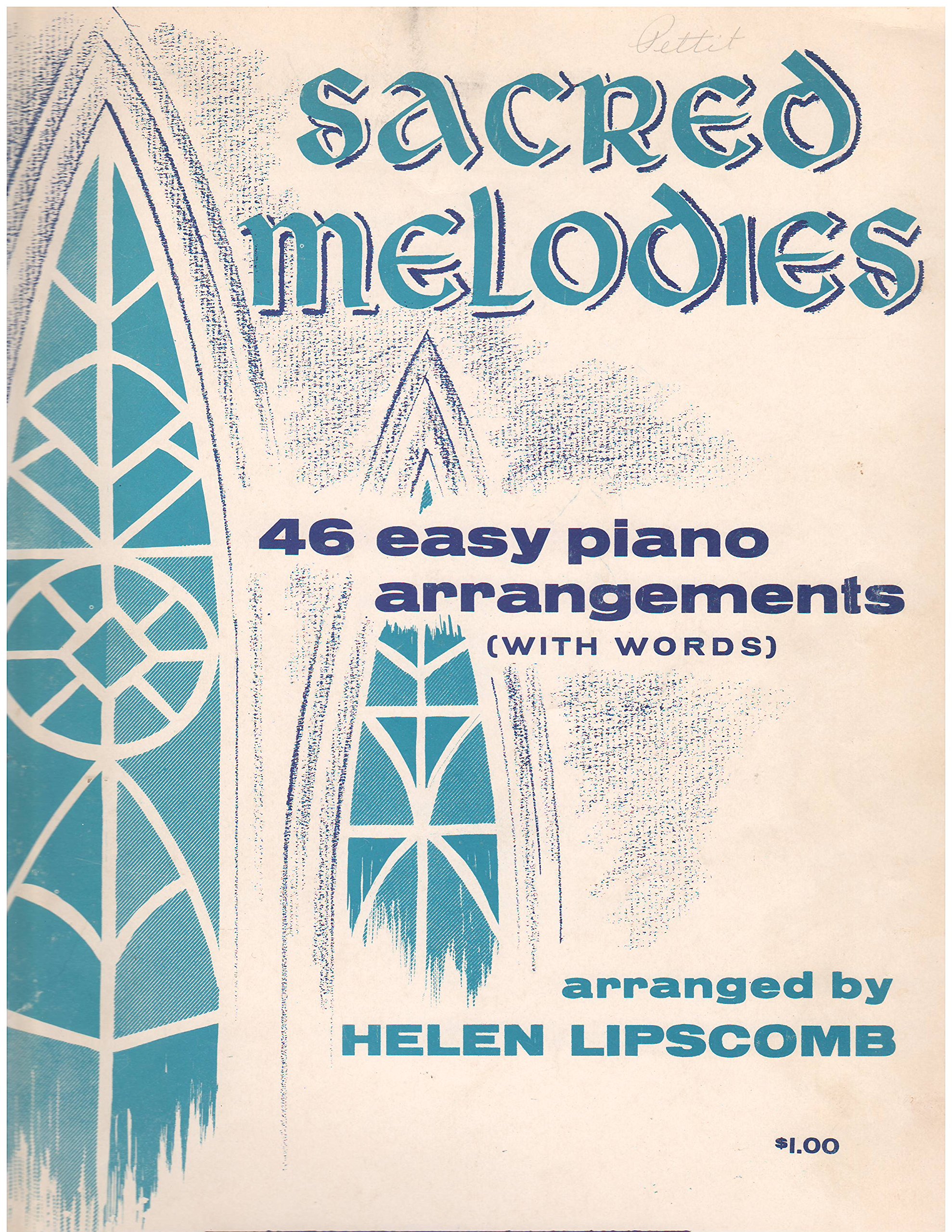 We called my piano tuner to ask for a recommendation and he suggested Helen Lipscomb.  She lived in a very nice limestone house way out on Fincastle Road and after hearing me play, agreed to accept me.  She had two grand pianos side by side in her front room and had been in a wheelchair since college.  She lived with her mother who was a poet; her brother was a scientist who played the clarinet or cello, something that began with a “c”.  She was a fastidious teacher and helped me a lot with finger individuality and delineating musical form.  She gave me a Bach Prelude and a matching Fugue along with a Mozart Sonata and suddenly piano lessons were not just about winning Superiors at the Kentucky State Music Festivals each Spring or playing the longest piece on the yearly recital.  It was about bringing out the most beauty in the music.

Helen was also a composer and had a lot of teaching pieces published. The covers had line drawings and once opened, contained a four line poem by her mother that illustrated the rhythm of the music. She also composed chamber music. We spent part of my lessons on my compositions. Helen was my first living woman composer.

She taught me to take two of my short pieces that were related in some way and use the first as an A section and the second as the B section and then to repeat the A section with a few changes. After that there could be a little ending or coda to finish it. This small piece of craft was a revelation. She also taught me The Golliwog’s Cakewalk by Debussy and a Mozart Piano Concerto movement, among other things, in the two years we had together.  The only thing we sent off to a composition contest was my 1965 Scherzo that was no prize-winner.

There were no Xerox machines then and Helen did not teach me to copy onto ozlids in order to use the blueprint process for reproduction, so I wrote out the final copy of this A-B-A work for piano on a triplicate form with tissue paper on top, carbon paper in the middle and a plain sheet underneath that was used in the reproduction machine.  These machines were in public schools then to be used for duplicating homework assignments and tests.  The copies were blue.

The contest rules said that a composition had to be submitted under a pseudonym. I chose Rachel Martkin. It did not occur to me to use a masculine pseudonym. I was unaware that gender bias existed. Rachel was my favorite girl’s name and seemed unique to me since I had never met anyone named Rachel. I chose Martkin for my friend Larry Martin but I wanted it to be unique too, so I added a ‘k’. My Scherzo didn’t win but I considered myself a composer, nonetheless. 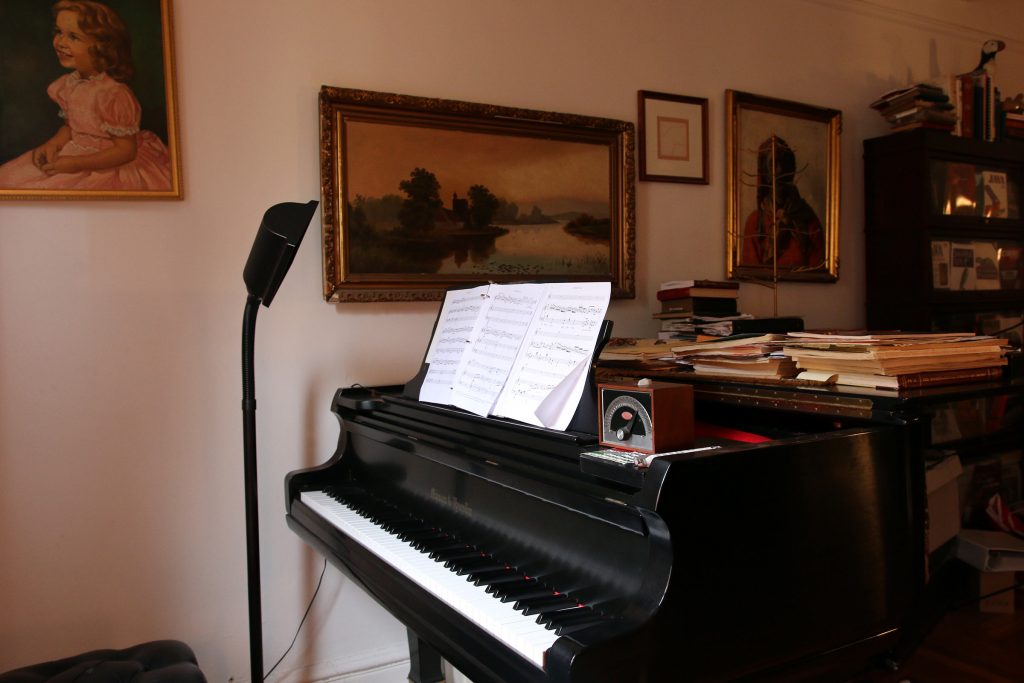 If I wrote a letter to my 15 year old self now, it would say:

Let’s just get this out of the way.  You will be loved and your music will be performed. So you can relax a little.  Oh, and straight A’s don’t really matter. If you practice more, it will not be wasted.  And when your mom tries to make you go to U.K., call all those music schools you want to attend and set up your own interviews.

Take that money you have been saving from your dad and grandmother, leave a note, and get on a bus to do those college interviews. Your mom is a nice lady but she has her own needs and those needs will really limit you, if you let her.

Rebel about important things like music and college. Whoever tells you that having sex will deepen your performance of your Mozart concerto is either kidding or making stuff up.

Be friends with all those artists and musicians you know, but don’t sleep with them. Crazy people are not as much fun as you think.  Drug addicts are more trouble than they are worth.

You will be happy but it will take a while.  Take care of yourself. And by that I mean, don’t diet.  It will mess with your metabolism forever. Stop just reading about yoga and do some.

A much older Beth 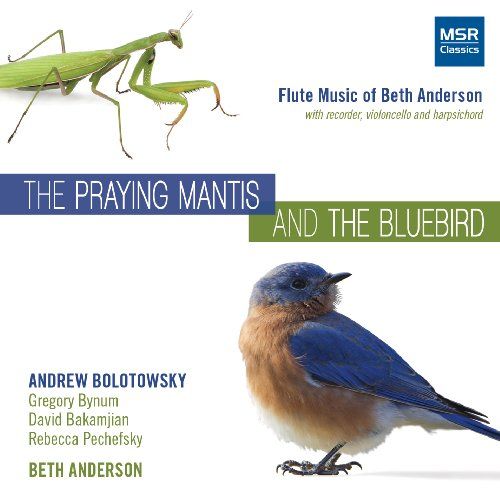