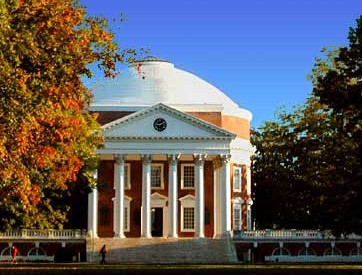 Designed by Thomas Jefferson to represent the “authority of nature and the power of reason,” the Rotunda is the architectural and symbolic center of the University of Virginia, founded by Jefferson in 1824 as the first secular Liberal Arts university in America. Inspired by these now threatened ideals, Shatin and Arnold created a portrait of the Rotunda and Academical Village that juxtaposes its timeless majesty with the every-changing hum of daily life. Based on images and recordings collected over an entire year, one day unfolds as the seasons change.

Rotunda was the winner of the 2011 Macon Film Festival Best Experimental Film award. See an excerpt below.