an infinite number of curves – Katabasis 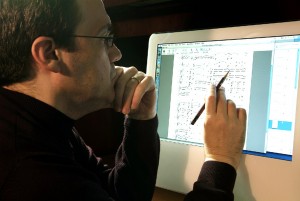 For reasons I can’t begin to fathom (though others have), humanity has had a long fascination with journeys into the depths, beneath the surface, in search of meaning or beauty.  From the myth of Orpheus to the dreamlike creations of Haruki Murakami, we keep revisiting this notion of katabasis, a descent into darkness that somehow illuminates.

I’m human (though I’m open to arguments otherwise), so I’m as prone to human fascinations as anyone.  I’ve just completed a double concerto for cello and double bass that serves as a variation on this recurrent theme.  The soloists lead the orchestra into its depths, probing layers of sound in a journey through varying textures and densities.  As is the tradition in this genre, Katabasis has an episodic form, like a series of questions in search of an answer.

Katabasis was commissioned by a consortium of four orchestras for Low and Lower, which will premiere it with the Winston Salem Symphony under the direction of Robert Moody on October 12th and 14th. 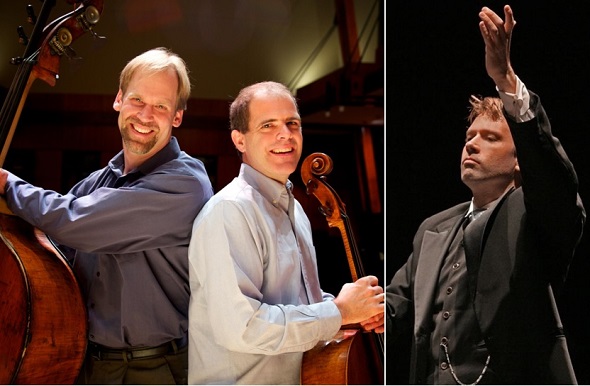