Hannah – A Review by Mark Greenfest 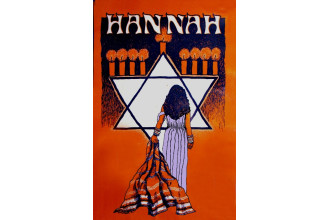 If you like Handel’s Messiah, or if you are getting sick and tired of hearing Handel’s Messiah, and would like to hear a piece with strong operatic arias and drama, grounded in historical text, and with Jewish and feminist themes, I strongly recommend Leonard J. Lehrman’s Hannah, which will be having its final performance at Hebrew Union College on W. 4th St. in New York on the evening of December 23, 2014. It’s an opera, with some features of an oratorio. It has some wonderful arias and a lot of dramatic action and is almost 3 hours long with one intermission, but it’s worth it. The admission is by suggested donation. Enjoy it, if you like, and enjoy the holidays – Happy Hannukah, Merry Christmas, and Good Kwanzaa to you!

Here are some scenes from the production. More about it at http://tinyurl.com/LJL-Hannah. 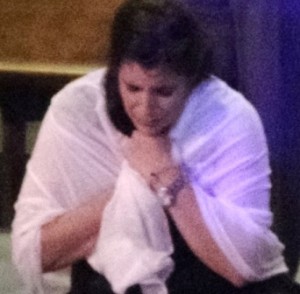 Dinah has been raped by soldiers, and is then put on trial for having allegedly provoked it. 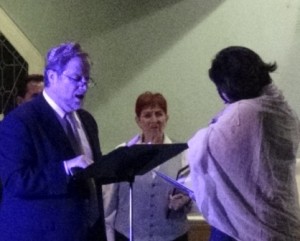 Her uncle, the high priest Mattathias, puts her through a ritual described in the Book of Numbers, Chapter 5. 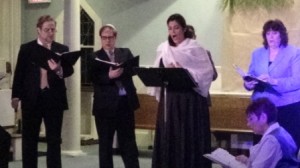 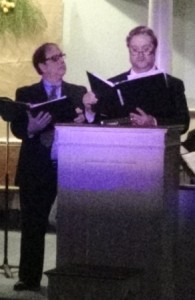 Mattathias leads a Sukkoth Service as his sons (Jonathan, pictured; Judah and Simon, not pictured) read from the Haftorah. 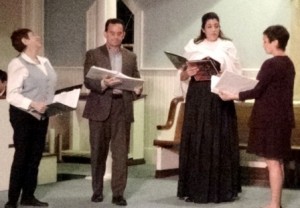 Simon kids Eleazar about his wanting to be with Hannah alone “for a minute or two.” 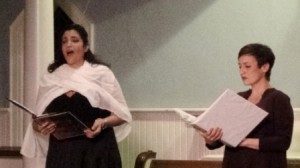 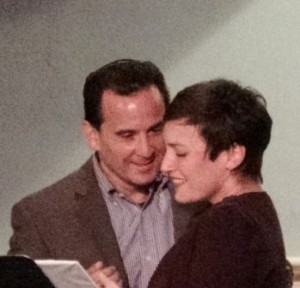 Dinah’s brother Eleazar, betrothed to Hannah, persuades his beloved to elope with him. 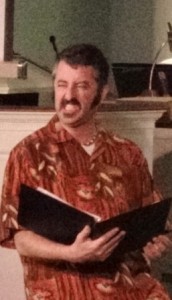 Nikanor is ready to “solemnize” the occasion, and demands that Mattathias bow to a statue of Zeus. This incites the Maccabean revolt. 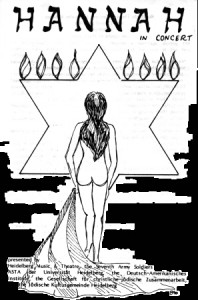 Program Cover by Karen Campbell Lehrman for the original 1980 Premiere at a U.S. military theater in Germany.