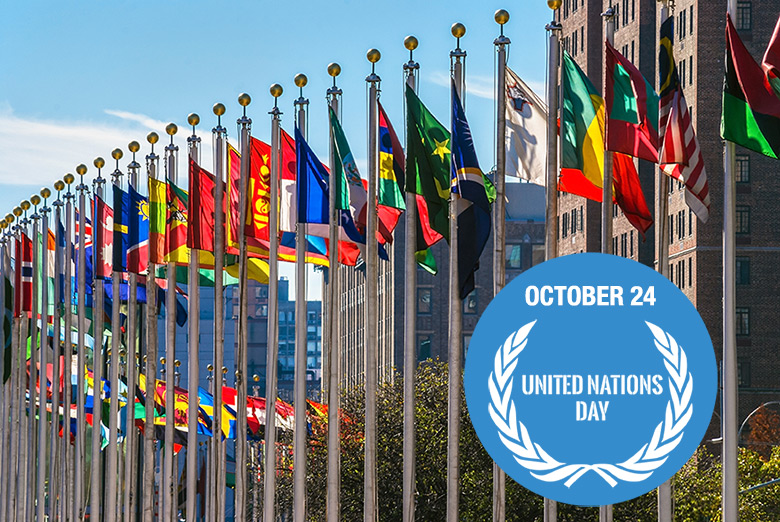 I write this on United Nations Day, a week before Halloween, both holidays appropriate to each of the works under review: two one-act  ghost operas by Gordon Getty, performed by the Center for Contemporary Opera (CCO) at Hunter College’s Kaye Playhouse Oct. 19 (& 21); Paul Kirby’s two-act monodrama on Dag Hammarskjöld, presented by the Musicians Club of New York (MCNY) at Our Savior’s Atonement (OSA) Lutheran church in Washington Heights Oct. 21 (& 22); a baker’s dozen songs on “Love, Life, and the Hereafter,” presented by The Long Island Composers Alliance (LICA) at South Nassau Unitarian Church in Freeport Oct. 22; and concert excerpts from Joel Mandelbaum’s two-act opera after S. Ansky’s play “The Dybbuk” at Queens College (QC) this evening, with a repeat performance Oct. 26 at Merkin Hall.

I write both as a former insider and current outsider vis-à-vis each of these organizations.  In 1990-92 CCO presented my “Superspy!: The S-e-c-r-e-t Musical” with Helene Williams and myself at the piano (see http://ljlehrman.artists-in-residence.com/Superspy.html), followed by the orchestral premiere of  my completion of Marc Blitzstein’s “Tales of Malamud” (see http://www.tinyurl.com/MB-LJL-IF and http://ljlehrman.artists-in-residence.com/Karla.html), 18 years after its piano premiere in Ithaca; and I edited their magazine, Opera Today 1999-2002.  At the August 2001 piano premiere in Westport, CT of my completion of Blitzstein’s “Sacco and Vanzetti” (see tinyurl.com/MB-LJL-Sacco) CCO Founder Richard Marshall asked me: “What’s the size of our orchestra?” implying a desire to give the orchestral premiere.  Sixteen years later, that premiere is still awaited.  Why?  I’m reminded of a couplet in the Chad Mitchell Trio song of the 1964 presidential campaign, “Barry’s Boys”:

Dad once crusaded for Sacco-Vanzetti

Now all we’re doin’ is doin’ the same for John Paul Getty!

What is CCO’s latest project?  “Usher House” (after Edgar Allan Poe) and “The Canterville Ghost” (after Oscar Wilde) by none other than oil billionaire John Paul Getty’s son and heir, 75-year-old Gordon Getty.

Not that I begrudge any musician who has money and wants to spend it on making good music. Thomas Beecham, Serge Koussevitzky, Joel Mandelbaum are all in that tradition.  Getty’s billions have gone to create one of the world’s great art museums, in Los Angeles. But does his music fit in the same high quality category as those listed above?

An hour-long 2016 documentary on him, portentously subtitled “There Will Be Music,” aired on WNET Oct. 21, 2017 at 1pm, presented the composer in conversation with conductors Michael Tilson Thomas (a cousin of Marc Blitzstein who has, however, done little for his work), Neville Mariner, and Mikhail Pletnev, who described Getty as “in his own world.”  Excerpts from six works were shown, all impressively represented, in lavish European productions, including the two ghost operas and a ballet entitled “Ancestor Suite” for the Bolshoi in Moscow.  “Joan and the Bells” dealt with Joan of Arc. The video interspersed it with clips from Carl Dreyer’s iconic film on the subject.  Arthur Honegger’s “Jeanne d’Arc au Bûcher” is the best musical work I know dealing with her. (See the last paragraph of my NMC article at http://ljlehrman.artists-in-residence.com/Politics&Opera.html .)  But come hear Natalya Simone and the Metropolitan Philharmonic Chorus in a climactic scene from Herbert Rothgarber’s opera “Joan,” Sunday, Nov. 5, 2017 at 2pm at Oceanside School #8.  The free concert is sponsored by LICA and Mandelbaum’s Maldeb Foundation, on which more later.

The CCO production was also lavish, with stunning sets built on multi-layered projections and videos. Chief Conductor Sara Jobin admirably moved things along, and the 12 singers and 38 orchestral musicians were for the most part excellent. Mezzos Augusta Caso and Hilary Ginther were ideally cast as mischievous twins in the Wilde.  Jessica Best substituted for the former as one of two children in the Poe, and then sang the mother in the Wilde as well. Jamielyn Duggan danced the mime role of Usher’s ghostly sister, and the Poet set collapsed convincingly, while the Wilde was played, mostly effectively, for laughs. Notwithstanding the serious tone Claude Debussy and Jack Gottlieb have employed in their earlier settings of these two tales, these were actually great Halloween fare.

Getty’s own frequent laughs, on the video, seemed almost self-deprecating, mostly at his own jokes (like the image of gagging on a silver spoon), which were mostly unfunny.  Some pathos was introduced in the dramatic abduction of his nephew, whose ear was cut off, and who was returned for a $3,000,000 ransom.  Brief appearances by respected opera composers John Corigliano, whose music has been well received by critics, and the younger more prolific Jake Heggie, whose works have succeeded more with audiences, underscored the difficult position of a composer of serious vocal music today.

My own take on Getty’s music is that it works best when setting clear poetic forms, and otherwise tends to meander, overusing octaves and fifths in vocal lines (thus reeking of “recitative-ese”), hiding vacuity with elaborate orchestration, and often extending vocal lines with held notes on closed vowels at no advantage to the singer, the music or the drama.  But as Jim Schaeffer said:  “It’s the money.”

Paul Kirby’s “The Night of the Secretary-General:a Music Drama for Tenor and Small Orchestra,” set on September 17-18, 1961, the night before Dag Hammarskjöld was killed in a plane crash in the Congo, where he had flown to try to negotiate peace, was produced on a much lower budget, without the benefit of projections, which might have helped, and a ten-piece orchestra conducted by the composer that to my ears could have used just a little more bite, with at least one high brass instrument.  Kirby, former music director at OSA, has been working on this first opera of his for nearly a quarter of a century, and his labor of love here bore fruit in some of the most beautifully expressive new church music I have heard in some time. There were also a few rock-accompanied numbers, but lyric tenor James Parks never deviated from straight bel canto delivery that conveyed a kind of pure integrity and determination worthy of Dag Hammarskjöld, the author of every word of the text, in 21 “songs,” adapted for the

stage by William G. Marx, with “voice-overs” provided by David “Zen” Mansley, directed by the ingeniously talented Lissa Moira.  Props were assembled and disassembled.  A window was opened and closed, twice.  Nothing was overdone, but all was engaging.  I would love to hear some of this music again, in the Lutheran church where I work – as would the Pastor, a tenor, who studied Hammarskjöld’s writings in seminary – and I’d love to hear James Parks again too.  This was the first and unfortunately will probably be the last time the MCNY performs in this space, even though it was filled:  Most of the patrons could not or would not come that far uptown.  Again, “it’s the money.”  But the organization is a worthy one.  As a member in the past, I enjoyed performing with them (see  https://youtu.be/RaDrL3tMBNE) and, time permitting, will again.

Which brings us to

founded in 1972, of which I was President, 1991-98, during which time the membership doubled and the number of concerts tripled.  Of the 4 LICA CDs I produced on Capstone, one was entitled “Songs of Love” (see http://www.capstonerecords.org/CPS-8647.html), another “More Songs of Love (see http://www.capstonerecords.org/CPS-8667.html). In 1999, having become Archivist Emeritus, I left the organization temporarily, but then returned in 2010.  The Oct. 22, 2017 LICA concert was entitled “Love, Life, and the Hereafter,” and one would think that repertoire from those CDs might have been considered, but the powers that be said they preferred premieres, so I sent them 4 candidates, including one entitled “The Hereafter,” which you hear here: https://youtu.be/peZ9GWbJfzg   None were chosen, nor even shown the performers, I learned from them.  Of the 14 songs in the program, only 4 were premieres, including one by the President and two by the Concert Manager.

Pianists Jane Leslie and Nancy Deutsch accompanied mezzo Donna Breitzer and soprano Tammy Hensrud, who appeared in a single-shoulder-strap black gown, stunning, as usual.  Breitzer’s voice is an interesting instrument, but for this music was frequently imprecise in pitch.  Hensrud was most successful in the simple, lovely first of Leslie’s two Walt Whitman settings, “A Clear Midnight” (the second, “The Open Road,” was amusingly misattributed to Emily Dickinson[!], in the otherwise beautifully produced program booklet) and Jennifer Tibbetts’ setting of Thomas Fallica’s poem, “Summer Moon,” the fourth premiere.

The Tibbetts-Fallica collaboration has resulted in 5 creations so far and is one of the most promising to come by in a while.  Their “Kiss Soft” will be premiered on LICA’s J. Willard Roosevelt Centennial concert in Oyster Bay next April 22.  Also in the works is “Oceans: A Scenic Cantata,” a collection of mostly sonnets by 2 poets: Fallica and Queensland poet Leeanne Hanson, in which there may be a part to play by another composer who set Australian texts.

Also on the program were songs by Frank Retzel (2), Richard Brooks (2 on texts by Oscar Wilde, including the line “The dull dead wind is out of tune,” which the piano, alas, was), Marga Richter, and the classic “Chamber Music” by Julie Mandel.  (See https://youtu.be/ekM5mf9LpFk. It’s a lovely piece.)

$10 admission was charged, even to LICA members, and a press pass was denied this writer, though given to my colleague Mark Greeenfest, who deferred to me in writing up this event and scolded the powers that be for their actions toward me.  I registered my protest as clearly and undestructively as I could, by paying the $10 with 20 rolls of 50 pennies each and wishing them “Happy Halloween.”

was featured in a lecture I gave at Community Church of NY, sponsored by his Maldeb Foundation, on Feb. 25, 2015, which can be viewed here:

It is an epic work, from which I had the privilege of performing the Prelude and Love-Death Finale at the piano in Belarus and Russia last year.  (See https://youtu.be/aP53pRN3Qgw and https://youtu.be/9Xxrh_3VexI .)  Mandelbaum was heard to say that I had inspired him to include both the prelude and the ending, which he had not considered doing before, and thus spent a good part of the summer writing out parts for that part of the piano score!

The performance at Queens College was conducted mostly by the composer, who handed the baton over to Stephen Fillare when he was needed to produce the unearthly 31-tone microtonal sounds called for on a synthesizer. Said passage called for the couple, joined by kabbalistic forces, to sing in parallel natural harmonic sevenths – a little smaller than even-tempered minor sevenths, which sound undissonant, though still somewhat weird. In the Queens performance, unfortunately the machine kept cyphering – with a tone ringing out and sticking during what should have been silence.  Minimizing its use seemed to be the only solution, which was to be adopted at Merkin.  In the role of Leah the young bride, soprano Emily Misch sang as if every note had been written for her.  She was well-matched by tenors John Ramseyer as her lover Channon and Gilad Paz as the exorcising Rabbi Azrael.  Mezzo Amy Maude Heller sang well as Leah’s (rather young) grandmother, and Stephen Kirchgraber made an imposing Messenger, as well as the Narrator, weaving together the excerpts.

Having performed over a dozen times at Queens College, either with LICA’s or Mandelbaum’s support, or both, but having never managed to be appointed to the faculty there (despite Joel’s efforts on at least 3 occasions), I’m a bit of an outsider/insider there too (see https://youtu.be/fXaHflvdw_Y ), and hope the present administration’s policies, which went into effect near the end of 2015, charging high fees from outside groups, will be changed soon, for the benefit of all concerned.

Added on December 10: The concert is viewable on YouTube at http://tinyurl.com/20171105RothgarberTribute. A review in The Long Island Herald appeared at http://www.liherald.com/stories/freeport-music-legend-is-honored,97721?.