The Winners of the 2013 Ibla Grand Prize International Music Competition

…Meanwhile, back in New York City’s Carnegie Hall, musicians from around the world were gathering to show how good they were by performing a variety of music in many different styles. They had first come together the previous Summer in the magical and beautiful Sicilian Baroque city of Ragusa-Ibla, for the competition that bears its name – an international showcase for musical talent of the highest order.

Having been affiliated with the Ibla Grand Prize for many years, I have admired its modus operandi of the core competition not being against other musicians, but rather judged against the highest professional standards. Over the years, it has seen performances from hundreds of pianists and instrumental performers of standard and contemporary repertoire and singers of every description from inside and outside the musical mainstream.

And on May, 14, 2014, it brought another program of world-class talent, featuring its 2013 prize-winners, to Weill Recital Hall at Carnegie Hall.

I must start by saying that Ibla Grand Prize’s founder, Dr. Salvatore Moltisanti, himself one of the world’s great pianists, was this year a particularly witty and wonderfully informative Master of Ceremonies.

This year’s concert opened with American composer Kris Becker and his Piano Sonata No. 1, “Reconciliation.” Someone has been listening to Nikolai Kapustin, to say nothing of Gershwin and Prokofiev, with a dash of Cecil Taylor – and combining ideas and influences into a pleasing balance of harmony, dissonance and rhythmic clarity with a strong, developing profile. Very adept playing in the service of good ideas.

Next up was the South African duo of cellist Anzel Gerber and pianist Ben Schoeman, performing Martinu’s Variations on a Theme from Rossini. They certainly looked happy to be performing, which is always good to see. They both have easy technique and a nice stage presence. Their fine duo work and lovely, balanced sound tells you that they listen and hear each other, and that they’re two wonderful musicians working as one. 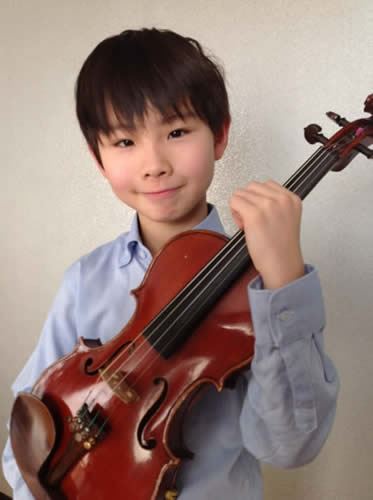 Japanese violinist Raika Tetsu was next. 8 years old, indeed. That’s a big sound for a little guy! It takes some nerve for even older performers to present a Bach Partita. This was a good performance, with nice shaping of phrases, yet still plenty of room to grow with and within the music. A few minor bloops here and there, but nothing fatal. There’s a fine future there if he stays with it.

Then came Gabi Sultana from Malta, with more challenging music, this time from American composer George Crumb, so, quiet please. She created a lovely setting and maintained the right atmosphere through a good use of dynamics and strong sense of control. The audience seemed to love the performance and applauded at length – but rather quietly…

The volume level went back up a bit with percussionist Sergio Cali and pianist Cong Cong Chai. They presented E. Sejoune’s Concerto for Vibraphone and Strings (or in this case, piano). Cali used bowed technique to open the piece, creating shimmering and beautiful sounds – paging Gary Burton (especially given that he was using 4 mallets). Beautiful touch and sound in this jazzy and attractive music. Cali is an exceptional player. Chai’s accompaniment was decent, but he could have brought more dynamics to his part of the performance.

Following this was American pianist Alessandro Russo, with some Moonlight in Manhattan – Beethoven’s Opus 27, No. 2. Alessandro needs to learn how to give this piece more forward motion, as well as more dynamics and much more of a sense of architecture. The physical ability seems to be there. Now he just needs to develop his intellectual approach to music a bit more fully.

This was followed by two Russians, saxophonist Vladimir Anisimov (the man with the golden alto) and pianist Natalia Anisimova. They presented Pedro Itturalde’s Peguna Czarda. Vladimir has a big sound, with very good fingerwork and control and Natalia’s fine accompaniment in this entertaining and witty set of variations. He handled the “showing-off” cadenzas well, with excellent articulation.

Serbian cellist Ana Topolovic was next, a very pretty woman playing Reflection, her own music. This came complete with wordless vocals from the soloist over a drone and pizzicato. I’m sorry to say her voice is not compelling, although a range of extended techniques showed the breadth of her talents. Ragas, Middle Eastern sounds and many other things came together here, but none too successfully.

America pianist Ian Miller then presented his arrangement of Klaus Badeldt’s Pirates of the Caribbean. Jack Sparrow comes to Carnegie Hall in the person of young Mr. Miller, who created his own variations, and incidentally brought solid pianistic technique and clarity of presentation with him. Maybe a composer in the works? Mr. Miller is quite the showman.

Next was the Polish guitar duo of Robert Guzik and Adam Woch. Why (and how) does Poland produce so many fine duos? Accordian, piano, guitar – you name ii, and Poland will produce great pairs of it. The delightful first piece from the Brazilian Peireira showcased their beautiful ensemble and unified sound with strong technique and balance. It reminded me of the recordings of Larry Coryell and Philip Catherine. The Piazzolla was equally marvelous – nicely understated, with lots of lovely and characteristic touches. Tango need not be overheated, and these two prove it. Great performance!

The USA’s Kai Han then presented a segment of Messiaen’s Regards Sur L’Enfant Jesu, which I think of as the voice of God in piano music form. This is by no means easy music to master, but Kai is on his way to doing so. Very nice touch and atmospherics, although perhaps a bit more space around the notes is called for, as is a bit more shaping of ideas. I like his ambition and choice of material. He’ll grow into mastery of this special music.

I need to mention that before this performance, Dr. Moltisanti gave a brilliant, short explanation of what to listen for. It only served to confirm my belief in his genius as a musician, teacher and advocate for new music. 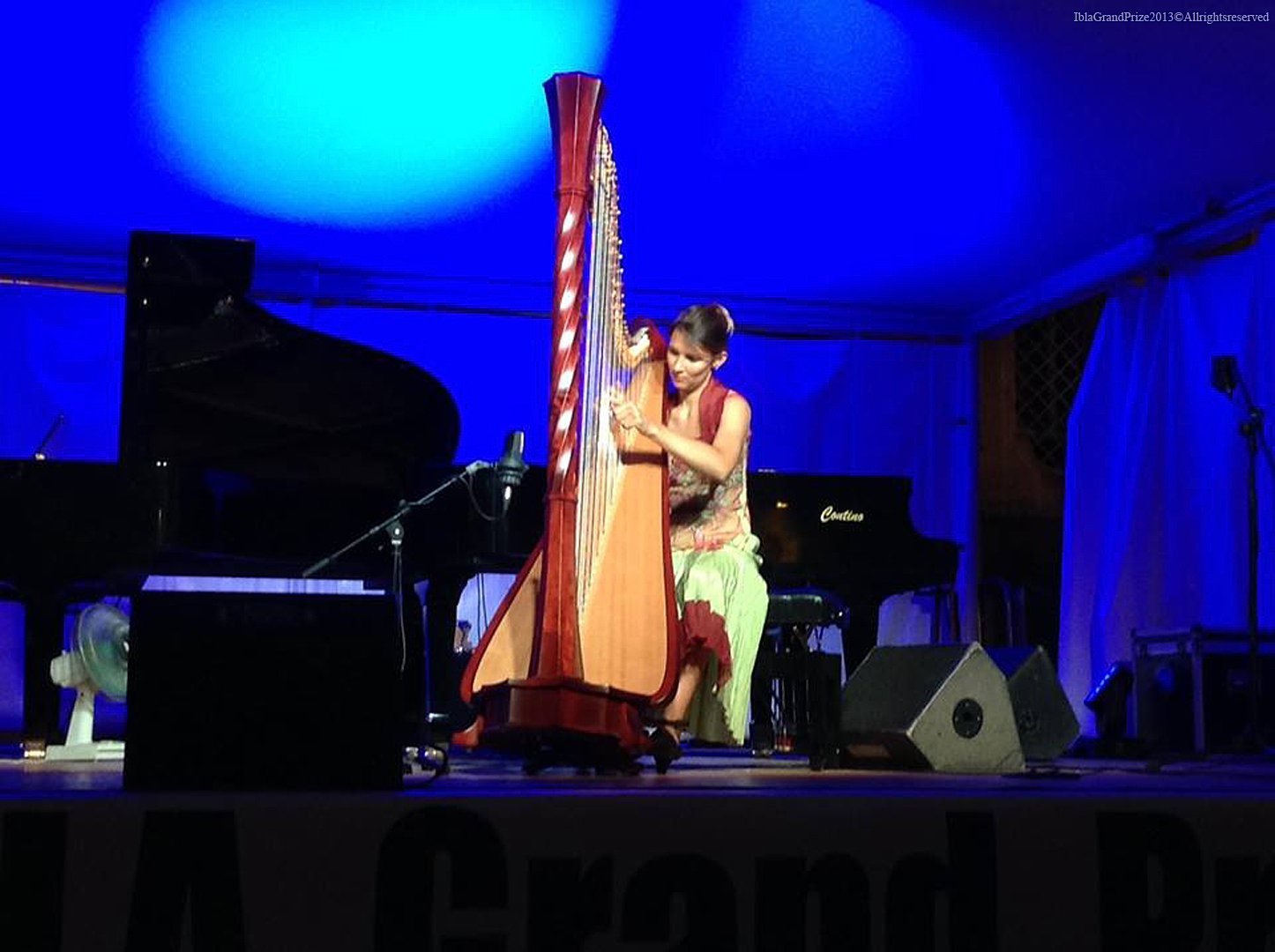 French harpist Claire Iselin was next, a lovely young lady with a remarkable set of Variations on The Moldau. Did Smetana create this himself? Very high level of artistry indeed in her playing. Honestly, as good a harpist as I’ve ever heard.

Next was another brilliant Polish accordion virtuoso, Michal Gajda. Where do all these wonderful young Polish accordionists come from, and can we get more? Performing music of Siemienov, this was pretty spectacular writing and playing, with technique to burn.

Following this were old Ibla friends, Swiss cellist Christoph Croise and Russian pianist Alexander Panfilov, who met at the competition. Even if they did perform dull old Paganini, these two are still fine artists, individually and collectively. Big sound and big technique from Croise. Panfilov seemed to be holding back a bit, but I know how good he is, and this was him being a fine and responsible accompanist. They received a great audience reaction, as well they should.

The penultimate performer was pianist C.C. Chai, seen earlier with percussion. This time, he was on his own with Rachmaninov’s Sonata No. 2. The first few notes tell you how good he is, and that’s quite good. He has a strong sense of forward motion and shapes music beautifully while moving it along. He let the score unfold organically, with lovely dynamics and control. Wonderful pianism!

Finally, to end things, Biogroove, the superb team of Italian percussionists Vito Amato and Antonino Errera. Very interesting entrance with more bowed percussion, four-mallet marimba and drums.  Forceful, strong, rhythms with good interplay and individual work, as well as interesting use of counter rhythm, especially when they both got on the same drum kit. The audience loved them.

This was a very strong showing of the talent that finds its way to Ragusa-Ibla.

And, of course, this being an Ibla Grand Prize event, one more surprise – Salvatore Moltisanti and the assembled performers leading the audience in a roof-raising singalong rendition of Volare.

…Meanwhile, around the world, performers were preparing for the Ibla Grand Prize 2014….

The Simpsons’ Couch Gag »
« May NYC Concert Reviews and Notes