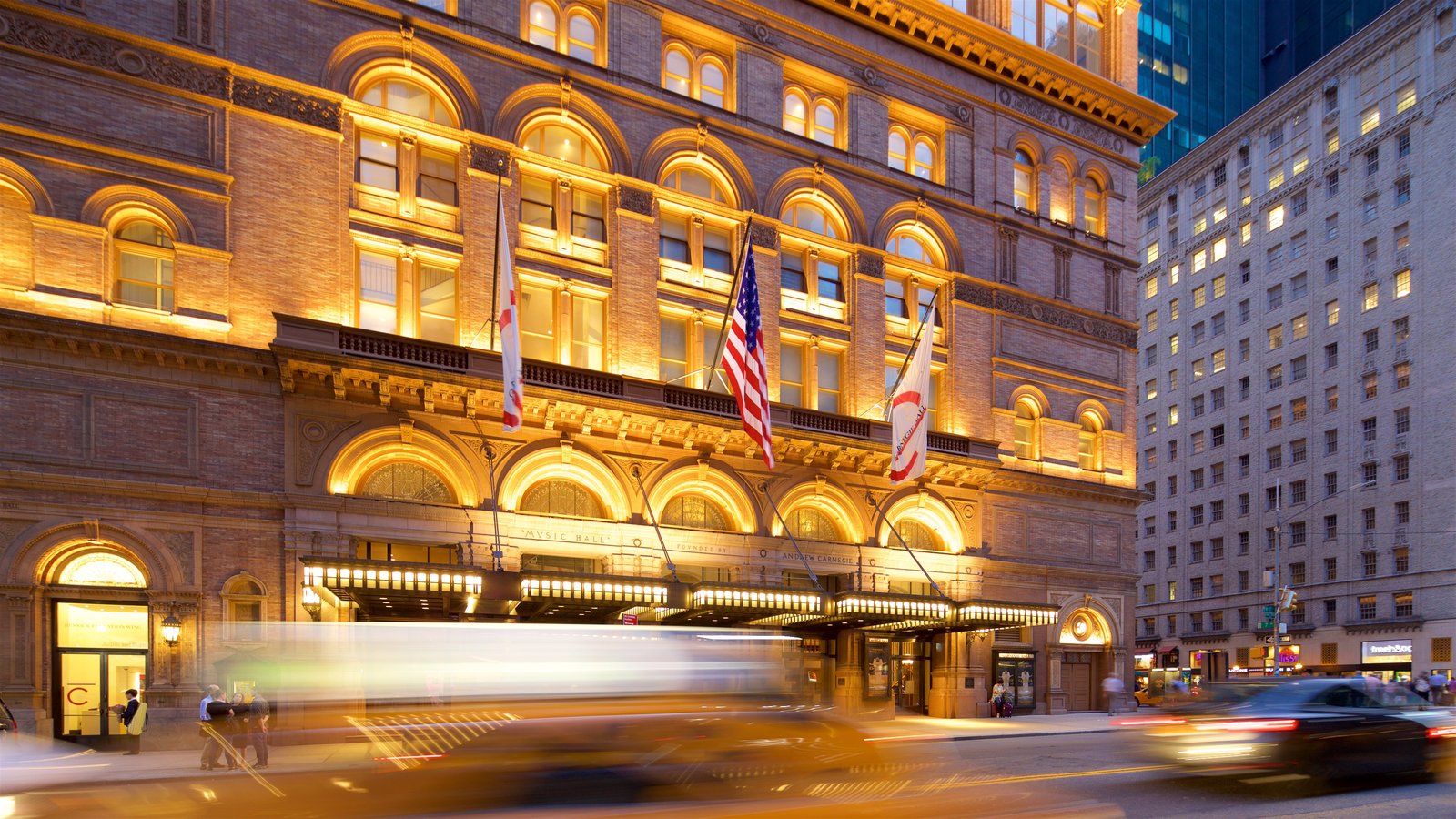 Before the opening of this year’s Ibla Grand Prize competition concert at Weill Recital Hall at Carnegie Hall, I was struck by how much the crowded, bustling atmosphere of the room mirrored the crowded, bustling atmosphere of the competition’s home village of Ragusa Ibla, which is in the midst of a tourism boom, courtesy of a locally produced TV show and what I hope is a discovery by the larger world of the beauty of that corner of Sicily. The parallels were striking, and so was the concert. But then again, I’ve come to expect striking from this organization and its events.

The program began with all of the soloists and accompanying players onstage for the singing of the U.S. National Anthem, with the Italian Anthem also performed by an Italian guitar and flute duo.

The duo, guitarist Cristiano Arata and flutist Giulio De Felice, opened the proceedings with a charming arrangement of Rossini’s Overture from Barber of Seville. This was Rossini for the salon rather than the opera house, but it was very nicely done nonetheless. The two work well together, and even have a kind of duo choreography that is evident as the music seems to move through them.

Next was Poland’s Iwona Glinka, performing solo flute music by Greek composer Michail Travlos. His The Castle of Kwidzyn is dark, misty music that seems to first describe the castle at evening, and then the conversation of the birds at dawn in their many voices. Ms. Glinka offered lovely, controlled, expressive and characterful playing and was joined by the composer in accepting the audience’s appreciation.

And how better to follow this than with a typically Iblean surprise in the form of Japanese alto saxophonist Chieko Arake. She gave a very entertaining explanation of the location of her hometown, followed by a lovely and charming Canzonetta by Gabriel Pierne. Her tone is well rounded, with an agreeably old-fashioned feel, warm vibrato and deft technique. 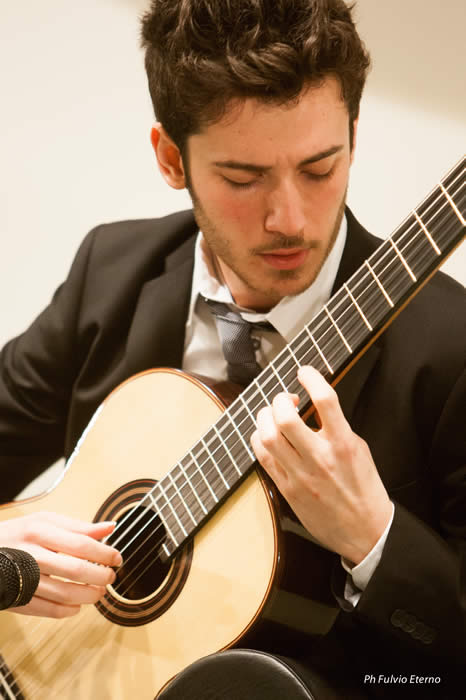 Following this was Italian guitarist Giuseppe Buscemi (at right), performing intricate, shape-shifting works by Villa Lobos and Roland Dyers. Both were very well handled by Buscemi, with compelling performances of these urgent compositions displaying his virtuosic technique.

And then came Chinese pianist Louwen Huang presenting Ravel’s Scarbo. This was a highly skilled and well-informed performance of this difficult work, with nice control of music that can run away with the performer. Maybe a bit wider dynamic range should be considered for future performances, but Huang’s sense of control and intelligence made this less of a priority than it might otherwise be. A big performance of big music.

Surprise time again, with pianist (and renowned American composer) David Cieri joined by an unusual and fascinating international ensemble of clarinet, bass clarinet, violin, bass and harp for a performance of Gyorgy Sandor Ligeti’s Ricercata #7. This is music of rhythmic and harmonic complexity and great beauty, with a decidedly eastern feel. Cieri’s solo was quite wonderful, with the ensemble contributing a marvelous array of colors and textures to the performance. This is music that is soothing and, dare I say it (?), healing. 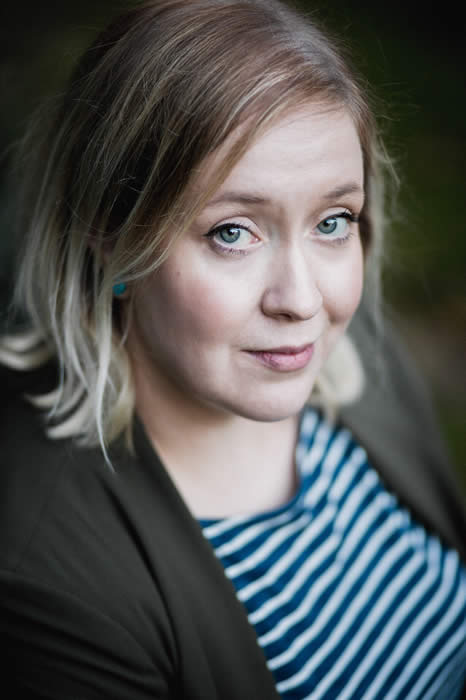 Then, Ibla went cabaret with the strong, supple, well-fitted-to-the-material voice and acting ability of Finland’s Ami Walsh (at left), very effectively selling Benjamin Britten’s Johnny to a receptive audience, with the strong support of pianist Tamara Licheli. Ms. Walsh is a fine performer, who brings wit, subtlety and a lovely stage presence to her art.

Ibla Grand Prize director Dr. Salvatore Moltisanti spoke a bit between performers, offering commentary about the music, as well as seeming to have a theme of searching for, and sometimes finding, what we seek.

Next up was Japanese trombonist Kojiro Fujihara, in traditional Japanese dress, with pianist Tamara Licheli. Fujihara opened with Marguerite Monnot’s Edith Piaf-inspired Hymne a l’amour. At times, he almost seemed to sing through his instrument, reflecting the Piaf inspiration. He also performed Monti’s Csardas variations, which, although an unlikely fit for trombone, really showed the vast range of his skills. At times, his energy and humor really became more important than the notes, but the audience seemed to really love it. Good choice for presentation, and again, fine accompaniment. 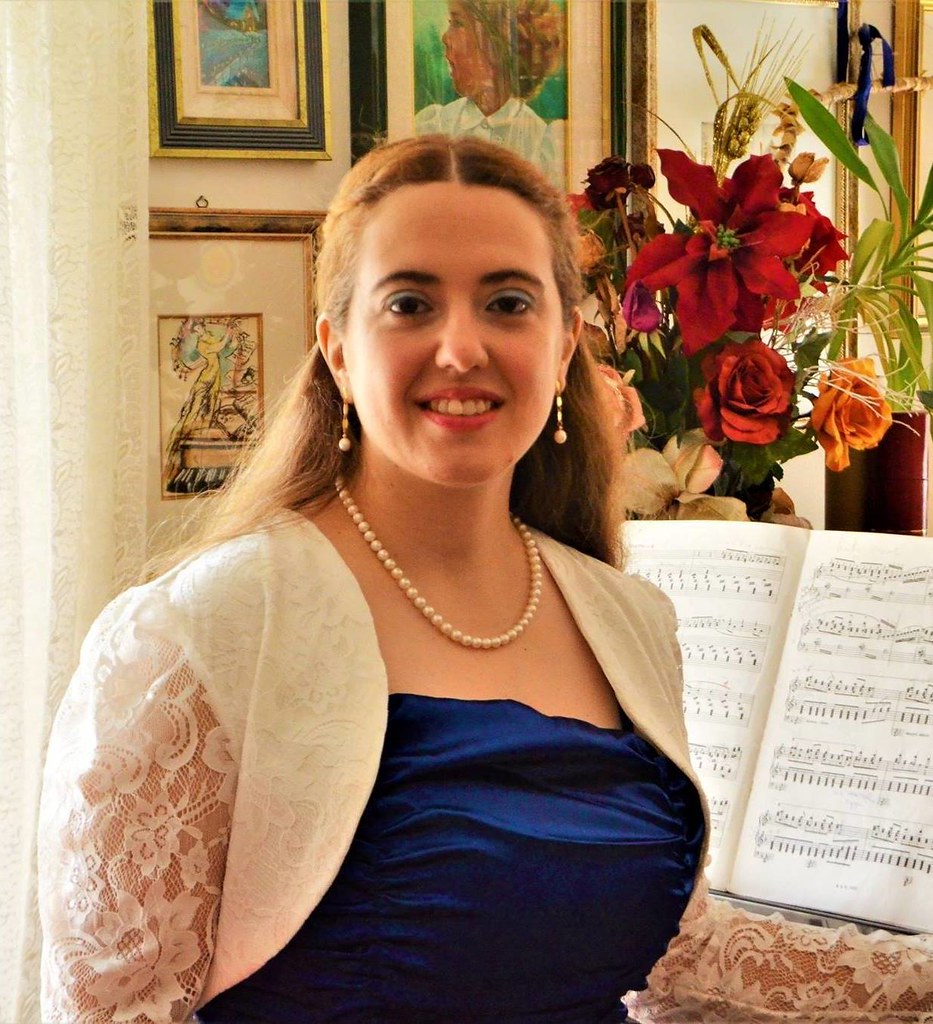 Next was Italian pianist Silvia Tessari (at right). Big technique for big music. Tessari is a fine, big player with great strength of purpose and a seemingly deep understanding of what she presents. This was abundantly evident in her Schubert/Liszt selection. She’s not afraid of the quiet moments either and presented a propulsive, percussive Russian Dance from Petrouchka, dancing all the way into the more subtle moments that were equally effective and evocative. The audience really liked her, and with good reason.

The next performer was Japanese violinist Momoko Arima. Her presentation of the DeFalla Dance Espagnole was quite wonderful, and she seemed on sure ground, with a warm tone and expressive, supple technique.  Pianist Tamara Licheli, as usual, gave excellent accompanimental support. Fine audience reaction to the latter piece.

Then, the marvelous Georgian pianist Tamara Licheli by herself to present Gounod/Liszt Valse from Faust. This is a very big talent. Some musicians seem to magnify music and Ms. Licheli is one who does this, of course with an assist from Franz Liszt. She magnifies, and at the same time, refines both louder, more aggressive passages as well as quieter ones, dances when called to and creates anticipation for what’s coming next – and what came next was very enthusiastic audience applause. Bravo to her for this performance and for the fine work throughout the evening. 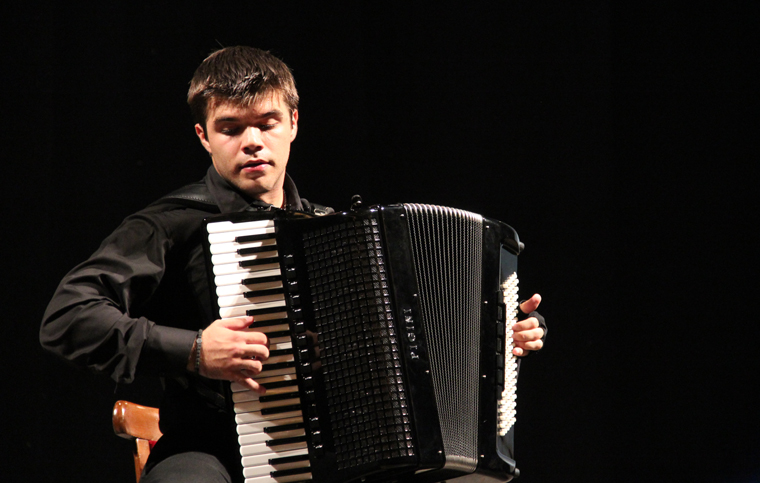 Finally, a terrific ending to the evening, with Moldavian accordionist Ghenadie Rotari and Italian pianist Valentina Vargiu sending the energy level in the room even higher with the fabulous and challenging rhythms of Moldavian Rock. Rotari has great technique and his pianist partner offers bedrock accompaniment. A brilliant performance and a great way to end the festivities. The audience responded with a standing ovation, something that was both expected and appropriate.

As I have in previous reviews, I need to mention that throughout the evening, Dr. Moltisanti was an exceptionally genial, informative and eloquent host. It again confirmed my belief in his genius as a musician, teacher and advocate for musicians from around the world.

As we have come to expect, this was a strong and striking showing of the talent that finds its way to Ragusa-Ibla for this wonderful Grand Prize competition. 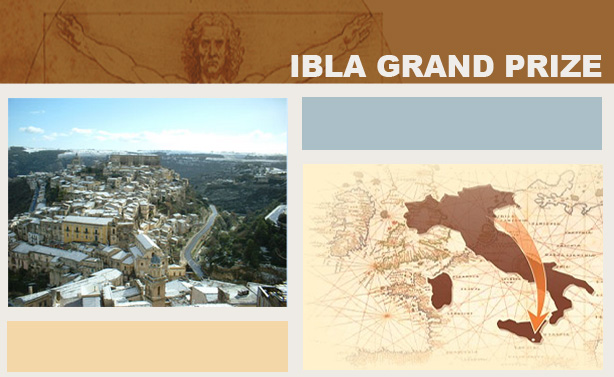