A review by Gina Genova 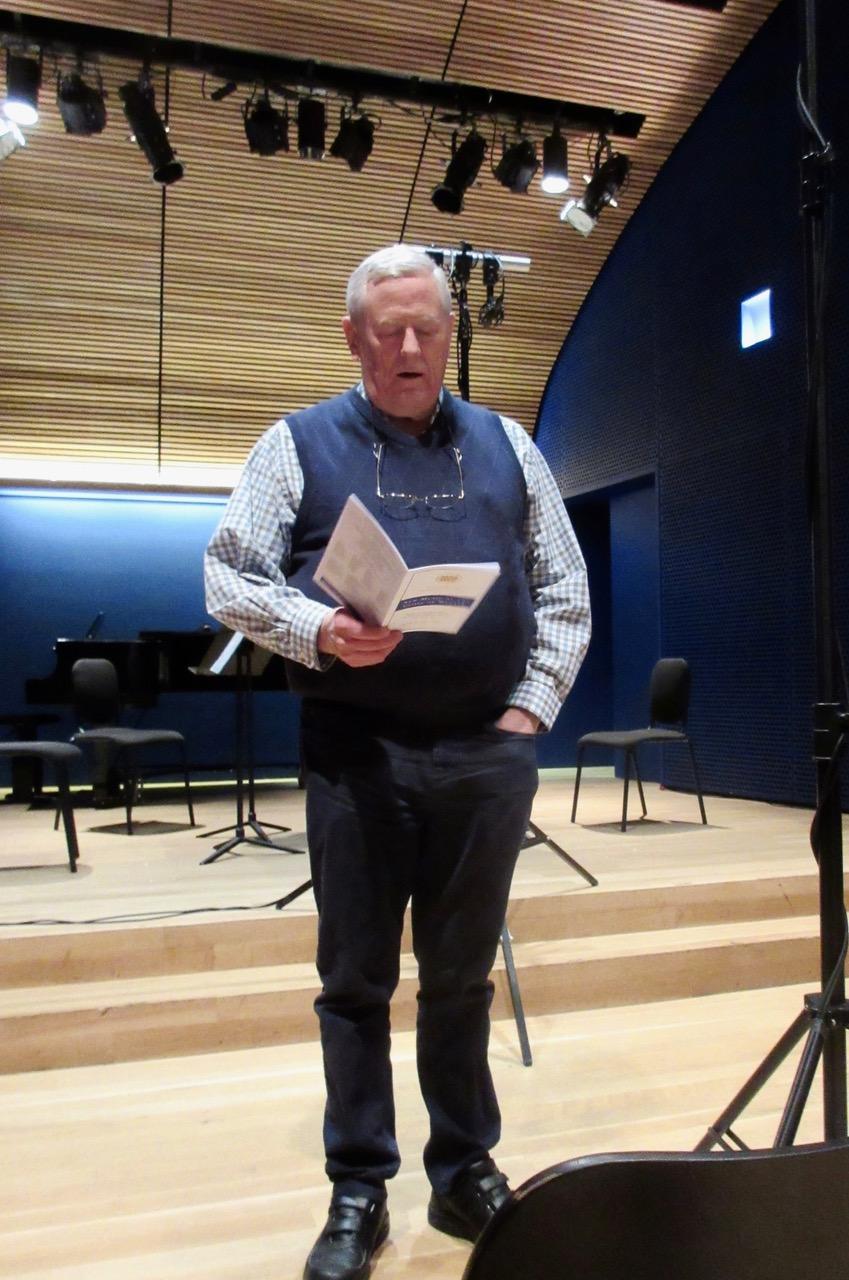 New York Composers Circle (NYCC) presented a concert of premieres – Tues. March 19, 2019 at 7:30 pm in Marc A. Scorca Hall of the National Opera Center in Manhattan.

With new works and first performances you can’t be sure what will happen in any given piece. I find these concerts refreshing, especially when you can sense the amount of work that has gone in, on all sides, to make it happen. The NYCC concerts are always well attended and professionally presented. In this concert, all the players were top level, and each performance was given great care by the musicians.

Richard Brooks’ piece Improvs (2013) for bass clarinet and bassoon, is an ideal duo for high level players that incorporates some improvisation in three of the five movements. With players like Shotaro Mori and Vasko Dukovski, a piece like this sizzles.

Kyle McGucken’s Departure, for flute, bass clarinet, violin and cello, was named the winning selection of a composition exchange between NYCC and BAMA, a group of Alabama composers. McGucken’s work stood out at this concert for its unusual sparseness and use of silence.

Eric Heilner’s Fantasy for Clarinet, Bassoon and Tag-Team Oboes was a great opening for the concert, very crisp, tonal, and formally defined.

Pianist-composer David See played his Theme and Variations with cellist Dan Barrett. It was a set of fourteen variations on an original theme that is presented and then braided and reworked in several ways. 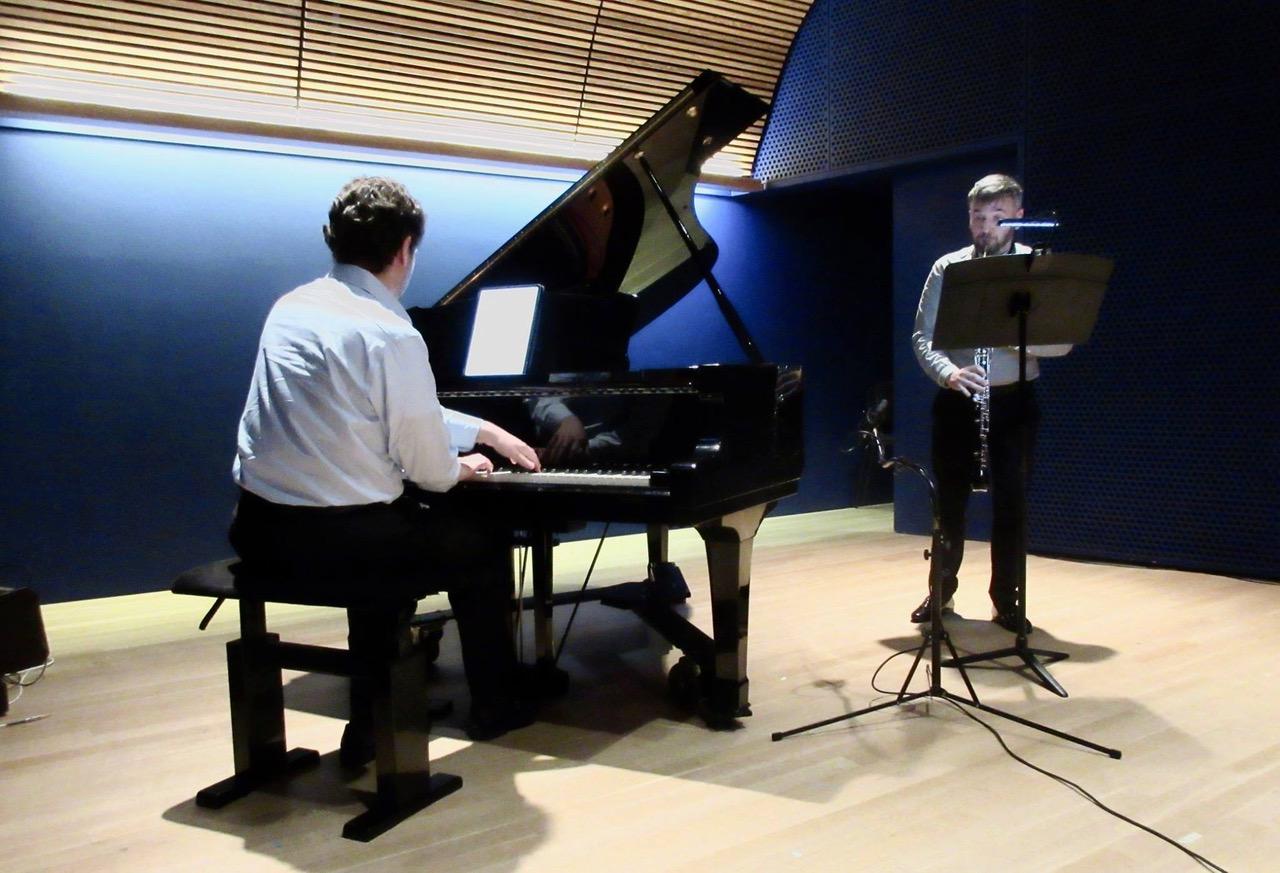 Peri Mauer’s beautiful An Autumn Passing for English horn and piano was written for the loss of a loved one. As she chose to express the vivacity of life as opposed to lamenting sadness, the piece sets forth as a vibrant, rhythmic work, seemingly full of life, and although meditative, it is uplifting in ways throughout. This unusually creative  juxtaposition was played with profound depth of expression by hornist Gregory Weissman and pianist Jeremy Vigil.

Monroe Golden, a composer from Alabama living in New York, composed 43 Commas, for flute, piano and electronics. It’s based on just-tuning according to the program note, for the electronic part, while the piano and flute play in traditional equal temperament. Tuning systems fascinate me. The drift in tone center gradually takes place, such that the piece ends a sixth lower than it begins, after a long series of drifting progressions. 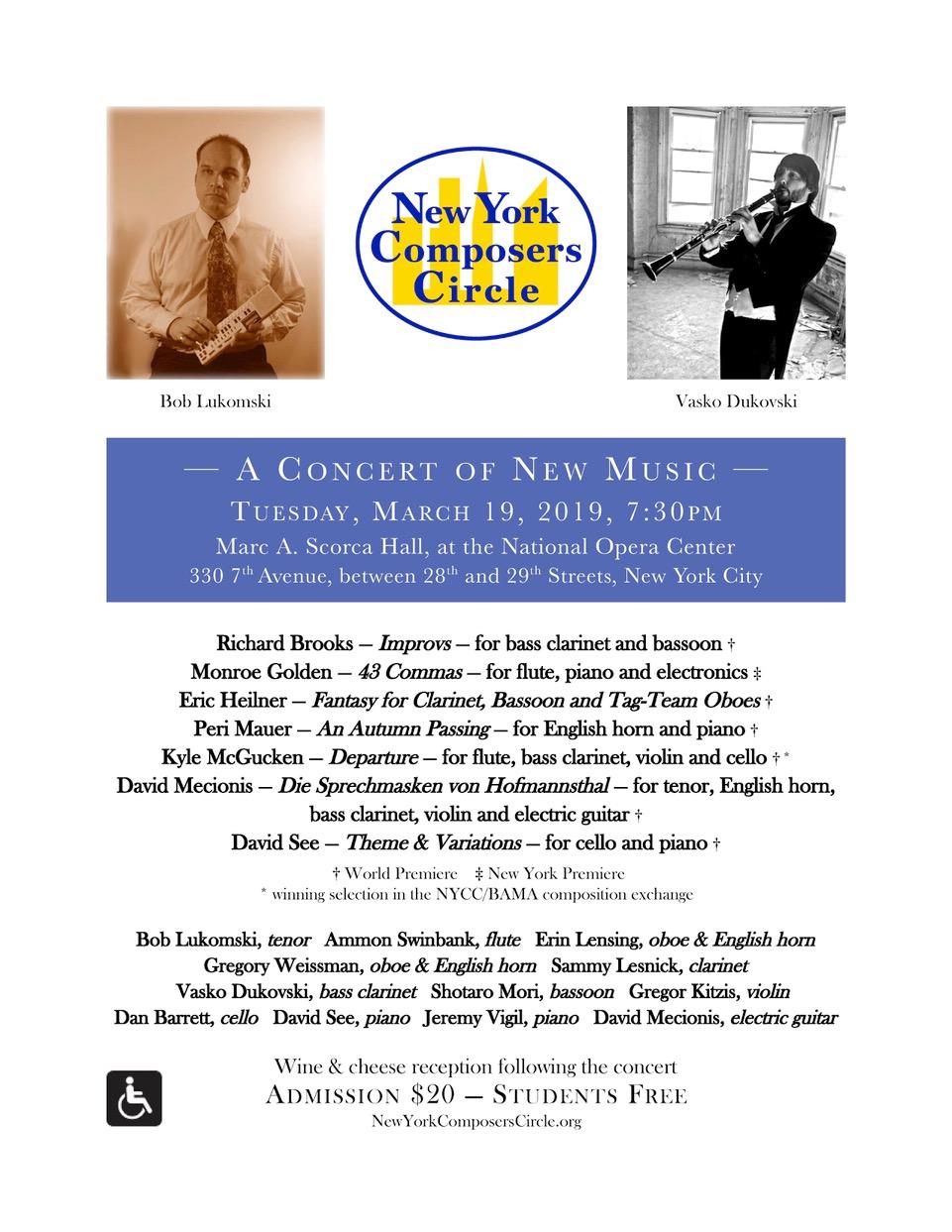